Yggdrasil entices with world class graphics and some amazing bonus features in this epic online slot game. Super Heroes explores the age-old theme of Good vs. Evil with a hazy cityscape background, covered in red smog. The game set on 5 reels and 20 paylines, renders an out of this world feel with alien type characters. Super Heroes may be enjoyed on both PC and mobile platforms, suitable for iOS and Android users. 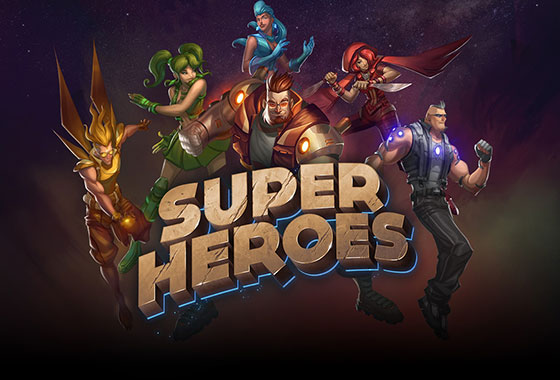 Yggdrasil introduces us to the brave likes of Knox, Raven, Tesla, Mirage, Hopper and Trance. These are the game’s superheroes. Although these characters don’t appear as symbols in the base game, they do however come alive to fight villains in the bonus game. Further to this, each hero has their own unique feature attached. On the other hand, the villains are the faces you will see on the reels. These are metallic, robotic-type aliens and are also the high value symbols.

Super Heroes is the perfect online slot for players on the go. The game accommodates PC, tablet and mobile play across a number of hardware devices. Players will enjoy the crisp graphics rendered on larger mobile devices such as iPads or large screen smartphones.