Guide to Playing Online Craps in 2020 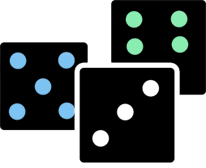 Craps is a staple gambling dice game that always generates a lot of thrills and excitement. This is equally true when playing the game online, whether it is from your mobile or desktop PC.

Find out how to play this exciting game and take advantage of our exclusive online craps cheat sheet which was formulated by our casino reviewers. We also include our selection of the best online Craps casinos.

How to Play Online Craps 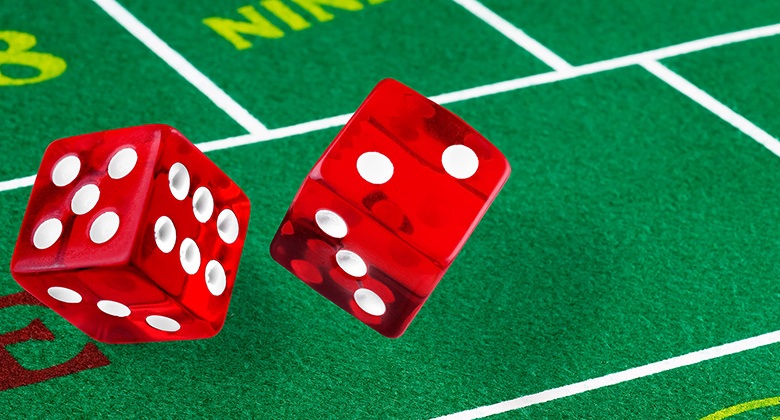 The basics of craps is that one player (the shooter) rolls two dice, and the players around the table bet on the outcome. The first roll sets the stage for the rest of the game and players wager beforehand whether it will be a Pass Line or Don’t Pass Line. If the dice total 7 or 11, players who wagered Pass Line win. If the dice total 2, 3 or 12 (referred to as “Craps”), players who bet Don’t Pass line win. If the shooter rolled any other number that becomes a point, and players who wagered on Pass Line can now wager on the point as well as other available bets. The shooter continues playing until either the point or 7 is thrown. If on the next roll the shooter lands the point, wins are rewarded to Pass Line bettors. Once a 7 is thrown all bets are collected and the dice is handed to a new player.

The first dice roll of the game. The outcome determines a win or a loss.

A “point” is reached when the come-out roll results in 4, 5, 6, 8, 9 or 10. That number is then point value. The dealer will place a puck or marker on top of that specific number and the player then tries to reach the point number again, and continues rolling until the number 7 shows up on the dice.

This contrasts the Pass Line Bet and the player wins when 2 or 3 appears, and loses if 7 or 11 appears. Ties are declared on 12. If a point value is established on the come-out roll then the “don’t pass line” bettor has to roll a 7 before hitting the number required for a win.

Same as pass line bets but only allowed once a point value has been established. This means if a 7 or 11 rolls after placing a come bet the player wins, and loses if a 2, 3 or 12 appears.

Don’t come bets are the exact opposite of come bets, meaning wins if the player rolls 2 or 3, and a tie on 12. On appearance of any “point” number, the shooter must hit a 7 before that number shows up again to win the bet.

Odds bets act as backups for bets in place to increase the chances of a bigger win. They can be made after pass line, don’t pass line, come as well as don’t come bets.

Can be made any time in a round and wins are based on a point value number showing up after the bet has been placed.

These can also be placed anytime and includes bets like “snake-eyes” where the bettor has to roll a 2 to win for example.

Once a point value has been established, the bet is won if a 6 or 8 shows up on the next roll.

These are one-roll bets that you can place on any roll (bar one exception which we will explain further down):

Now that you understand the rules and what the various bets mean, you can use the following payout chart as a cheat sheet for your next craps game!

Craps is one of the simplest online casino games and has a very low house edge. The table looks very detailed, but once players are familiar with the mechanics it’s all very easy to follow. In craps the outcome of the game solely depends on the roll of the dice, so there isn’t a hard and fast strategy that can help you win, but you may find the following general rules of thumb helpful: