Viking Runes by Yggdrasil and Truelab immerses you in the now-obscure world ofancient Nordic iconography. A snow-covered landscape beneath a sky with the shifting colours of the northern lights plays host to the reels that feature magical runes with a hammer-wielding Viking warrior standing alongside them. Six or more connected symbols count as a cluster pay and the cascading wins mechanic removes winning symbol combos, allowing new symbols to fall in their place. The features include free spins + wilds.

A set of 4 different-coloured wild symbols sit to the right of the reels. When you achieve a winning cascade, one wild is activated and will move to a random position. Subsequent winning cascades will activate the other wilds in turn, adding them to the reels and changing their positions with each win. Once your winning streak ends, the wilds will leave the grid.

3 random modifiers can activate during the base or bonus game:

Landing 5 consecutive cascade wins will award you 6 free spins and all 4 lightning wilds will be simultaneously activated for the duration of the feature. An included progressive multiplier that starts at 1x is included and increases by +1 with each successive cascade win.

Viking Runes slot employs a constant stream of features to create immersive and exciting gameplay. The game’s visuals are relatively simple but executed in a stark, haunting manner that adds to the game’s ambiance. The random modifiers offer constant chances to boost your winnings alongside the Lightning Wilds which provide increasing potential as your wins stack up. The Free Spins mode is where the true potential lies with all 4 Lightning Wilds and a progressive multiplier helping you extend your grasp to reach the $1 million maximum prize.

If you enjoy stripped-down graphics, high-energy gameplay, and impressive winning potential, this title will tick all your boxes. 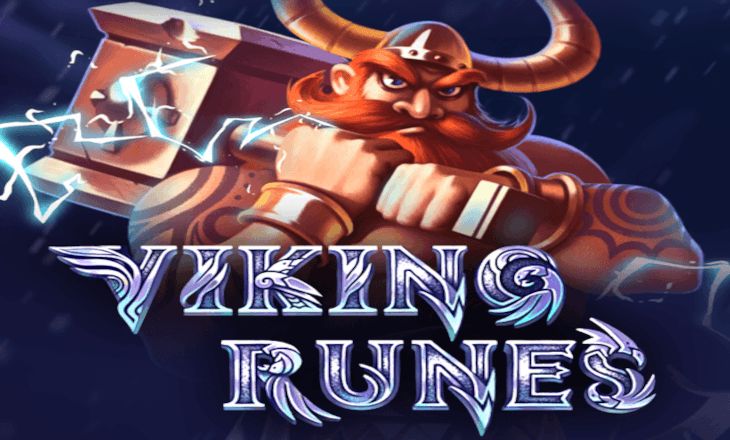