News Stars Group Finds Themselves In A Pickle

Stars Group finds themselves in a pickle 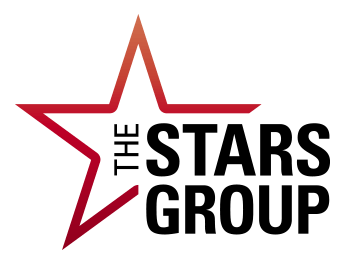 It isn't uncommon for even the most acceptable accounting practices to cause events that prove to be negative for all parties involved. The international online poker and gaming company Stars Group has found itself in a similar position because of some moves that have come back to bite them. It all happened because the company tried to help its employees by affording certain share conversion options and privileges related to share ownership.

While helping employees is not bad, the company made a big mistake by not being careful enough. It has been found that Stars Group never bothered to account for some of the privileges extended to employees during the 2017 financial year in the group’s income statement or balance sheet. According to the generally accepted accounting practices, the company's reported annual income that year was overstated by 20 per cent because the compensation given to employees had not been accounted for.

Since there are many shareholders in the company, the situation became very concerning for them regarding the status of unconverted shares. This led to urgent court applications being brought against the Stars Group by Polar Multi-Strategy Master Fund and Verition Canada Master Fund Ltd. The applications pursued the mandatory conversion of all outstanding convertible shares that enjoyed the preferred status, but according to specific terms laid down before the court by the fund administrators.

The application has now been dismissed by the Ontario Superior Court of Justice because the conversion of all preferred shares would eventually be harmful for the company’s financial future and sustainability. The Stars Group has praised the Court’s decision, as compulsory conversion would make the company crumble down.

The shares will now be converted into what is known as common shares. When common shares are issued it significantly affects the balance sheet and overall financial draw of a business, because common shareholders are paid dividends only after preferred shareholders have been paid.

In short, preferred shareholders enjoy many privileges over common shareholders. Common shares is merely a form of equity ownership; a form of security. The holders of preferred shares also enjoy greater financial benefits. If the shares had been converted the way the fund administrators wanted, the Stars Group may have collapsed. The leading online gaming company is one of the most famous not only in Canada but all over the world. It was founded in 2001 and Rafael Ashkenazi is the current CEO of the company.

Play at these Top Online Casinos