Features From The Top Sporting Stars To Your Average Gambler: Good Luck Rituals Are Everywhere

From the Top Sporting Stars to Your Average Gambler: Good Luck Rituals Are Everywhere

Believe in it or not, luck plays a major role in sport, gambling, and, indeed, life as a whole. This doesn’t mean you need it to succeed, however, the reality is that it's out there in the ether. The mathematically minded among you will prefer to think of luck in more of a technical way, and will prefer the use of the term “variance”. This is because any situation without a guaranteed outcome will feature variance of some description. In other words, results will fluctuate around an expected norm.

These fluctuations can be described as swings of good and bad luck. In reality, what we’re talking about here is chance. Unless something is 100% certain, there’s always a chance the result could go either way. We all know this intuitively whether we call it luck or variance. Therefore, when we’re in situations where things can go one of two ways – i.e. we win or lose – it’s appealing to think we can influence the result.

Naturally, skill, effort, and timing are all important when it comes to influencing the outcome of something. However, in sport and gambling circles, people like to have a little something extra. That little something extra can be anything from a four-leaf clover, a rabbit’s foot, or an old pair of pants. Whatever it is, there are some people who have some very specific good luck charms.

Do they work? Maybe, but that’s not the point. The point is that good luck charms can alter someone’s mindset even if they don’t influence the outcome. When someone performs a ritual or has a trinket, they feel more relaxed and confident. This often translates into a better performance. So, whether you believe in luck or not, there is some value in trinkets and superstitions. In fact, that’s why you see many sports stars and gamblers using them.

Brian Urlacher – Getting Ready to Reel them In

Perhaps the most sedate and unexpected pre-game ritual on this list comes from NFL star Brian Urlacher. The hard-hitting linebacker was known for his intensity on the field but, unlike many of his peers, he wasn’t one for hyping himself up before a game. While others were listening to rock music and slapping their helmets, Urlacher was kicking back and relaxing.

His gameday good luck ritual would start with an hour of fishing shows. Why? We don’t know. Maybe there was something in the way fisherman remain relaxed before they strike. From there, he would head to the stadium and enjoy a glass of milk and two cookies while listening to music. Again, we don’t know why, but it worked.

Urlacher retired in 2012 after spending his entire career with the Chicago Bears. In 183 games, he set a number of team records, including 1,779 tackles and 22 interceptions. For those achievements and more, he was inducted into the 2018 NFL Pro Football Hall of Fame.

Barry Fry – Good Luck from All Four Corners of the Stadium

Football manager and club owner Barry Fry was a colourful character. Not only was he animated during a game, but he was also never short of a quip or two away from the pitch. As much as he played the fool, Fry was serious about football. He loved to win and nowhere was this clearer than during his half-time rants. With a burning passion for victory, Fry was willing to do almost anything to tip the scales in his favour. As such, he had no qualms about partaking in one of football’s most unusual rituals whilst managing Birmingham City.

Legend has it that St Andrew’s Stadium was cursed. Why? We don’t know, but the bad luck started almost as soon as it was built. Games were delayed because of snow, German bombs blew up parts of the ground during WWII, and a failed attempt to put out a fire resulted in the stadium burning down. Then, even when the terraces were rebuilt, it was said that the curse remained.

Birmingham manager Ron Saunders believed in the curse and had crucifixes hung from the floodlights before Barry Fry took charge. Wanting to break the curse once and for all, Fry was told to urinate in all four corners of the pitch. He duly obliged and it seemed to work. However, this must have soon evaporated, because Birmingham soon went 15 games without winning.

Lyoto Machida – The Taste of Victory

From peeing on the ground to drinking it, Lyoto Machida wins the award for least tasteful pre-game ritual. The Brazilian is regarded as one of the best mixed martial artists ever. When he won the UFC light heavyweight title against Rashad Evans, he looked mightily impressive. Indeed, his karate background and blitz attacks had rarely been used so effectively in the UFC.

By all measures, Machida was a star of the sport. Getting to that position required a combination of intense training, a high fight IQ, and a healthy shot of urine every day. Yes, that’s right, urine. As a lifelong martial artist with Japanese heritage, Machida was wrapped up in the ways of ancient warriors. His father taught him the tradition of drinking urine just as he’d learned it from previous generations.

It’s believed that your own pee has natural healing properties that can flush out toxins and replenish vital nutrients. The science may be out in practice, but Machida swears by it. Before every fight, he’d down a small glass of his own urine. As a ritual, it’s not one we’d recommend. However, Machida’s record speaks for itself when it comes to excellence in sport.

We never said that attracting a bit of good luck would be easy. If there really is a way to swing the pendulum of fortune in your favour, you might have to work for it. One man that’s willing to work harder than most is former American football coach Les Miles. In a game where yards matter, it pays to have an intimate connection with the ground. With that in mind, Miles was willing to literally taste victory by chewing a piece of the pitch before a game.

The bizarre pre-game ritual came to light in 2010 when he was caught snacking on some turf before kick-off. When questioned about the incident, Miles admitted that it was his good luck charm. He believed that it made him at one with the pitch and, as such, more connected to the game.

“I have a little tradition that humbles me as a man, that lets me know that I’m a part of the field, a part of the game, and it’s the very bottom as well as the very top and it could be all over the internet, but, you know what? You should have seen some games before this. I tell you one thing. The grass at Tiger Stadium tastes best.” Miles told 104.5 The Zone. Much like Machida’s urine, we don’t recommend this practice. However, it seemed to work for Miles and, as we know, luck moves in mysterious ways.

We can see that people in sport are superstitious but people in gambling can be just as preoccupied with luck. In fact, when fortunes can shift multiple times throughout a game of poker, blackjack, roulette, or slots, there’s every reason to develop some sort pre-game ritual or lucky charm. Of course, it’s important to note that you can’t just create a ritual or choose a lucky charm. One has to fall into your lap. However, in the list below, you’ll see how some of the world’s greatest gamblers have tried to entice good luck to bless them. 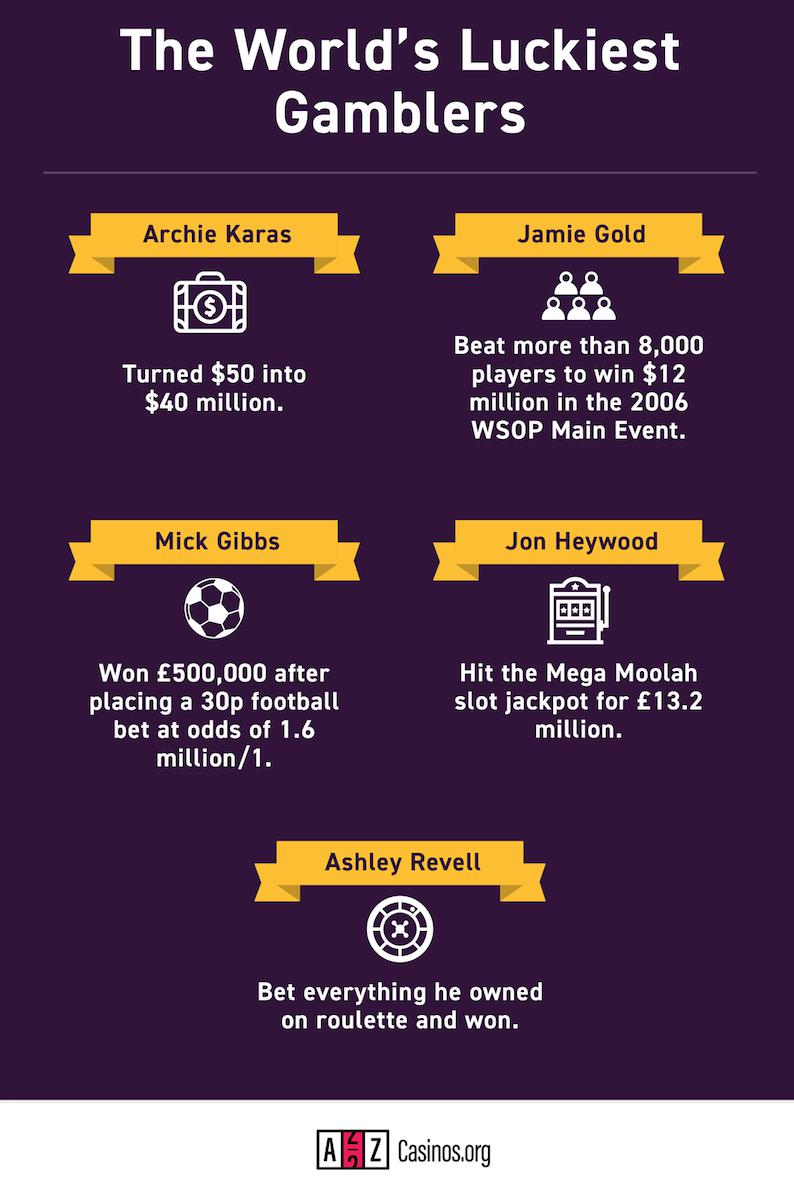 Doyle Brunson is regarded as one of the greatest poker players ever and, according to the man himself, some of his good fortune came from a lucky lighter. The lighter was given to him back in the early days of his career and he’s used it as a card protector ever since. Was it the lighter that helped, or was it the picture of Casper the Friendly Ghost on it? Whatever it was, the trinket has scared away any bad spirits over the years and helped Mr. Brunson become a gambling icon.

When it comes to World Series of Poker (WSOP) titles, Hellmuth is the main man and his success is due, in part, to arriving late. While others are scrambling to find their seats, Hellmuth is off somewhere else relaxing. Then, as he’s done multiple times over the years, he arrives in some sort of grand costume. Even though it’s a bit of shameless self-promotion, it seems to work. Starting later than everyone else has put Hellmuth in the zone a number of times and, in turn, allowed him to win more WSOP titles than anyone else.

Sammy Farha – The Man Without a Light

Sammy Farha is one of the world’s slickest gamblers. As well as poker, he can often be found splashing chips at the blackjack and roulette tables. Of course, he’s also known as the man who helped spark the poker boom after losing to Chris Moneymaker at the 2003 WSOP. One of Farha’s lucky charms in all gambling settings is an unlit cigarette. He doesn’t light it for two reasons. Firstly, rules in various casinos don’t allow it. Secondly, he keeps the same cigarette if he’s winning and only changes it if he loses. So, if chips are flowing in his direction, there’s no way he’s burning his lucky charm.

Be Your Own Lucky Charm

Lucky charms and pre-game rituals are great. They might work, they might not. However, it’s important to remember that the only thing you can really control is what you do. If you’ve got something that can swing things in your favour, let it do its thing. You need to focus on doing everything in your power to get ahead.

Whether it’s pushing a bit harder in the sporting arena or making better decisions at the blackjack table, there are variables you can control. In fact, the more positive decisions you make, the luckier you’ll become. Of course, if you can combine this with a lucky pair of socks or a strange pre-game dance routine, you might be onto a winner. 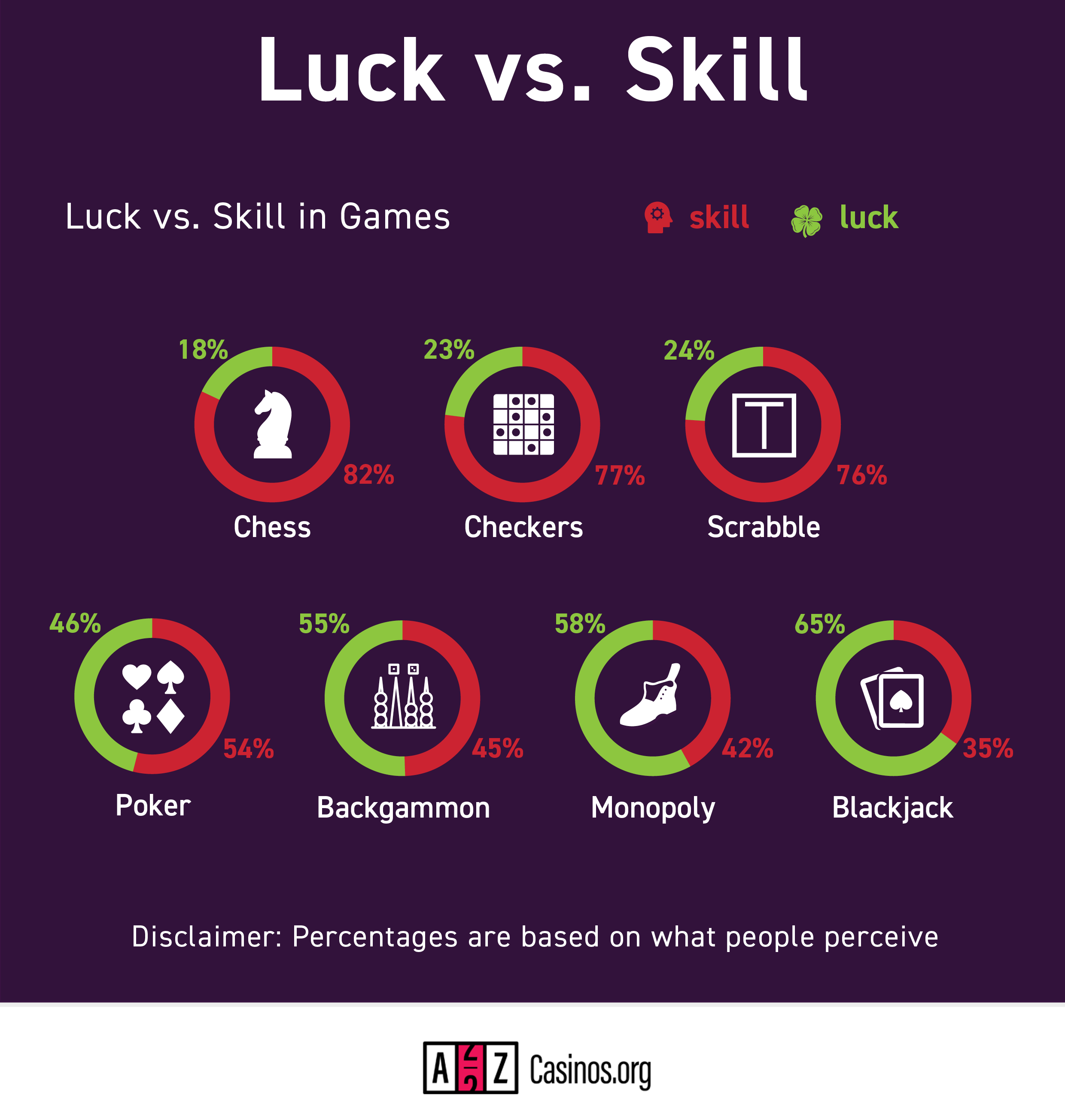