Features Las Vegas Through The Ages

Las Vegas Through the Ages

Today, there is no resort city more famous than Las Vegas (Vegas in short). In North America, the city is the premier destination for gambling, nightlife, luxury living and world-class entertainment. It is also where many epic bachelor/bachelorette parties have been held, as well as quickie weddings.

This wasn’t always the case, though. It took a couple of decades for Vegas to realize its full potential. In this article, we’ll look at Vegas through the ages to see how it developed into the world-famous Sin City and iconic landmark it is today.

The Legalization of Gambling in Nevada and Rise of the Quickie Divorce: 1930 – 1940

The City of Las Vegas was established on the 15th of May, 1905 when the railroad company that owned the 110 acres of land auctioned it off. It remained a railroad town until the 19th of March 1931, when the state of Nevada legalized gambling. This changed the economical landscape of Nevada, also known as the ‘Silver State’, forever.

Before that, many hotels had illegal casinos that had been thriving for years. So when the news of legalization came, many people didn’t realize how monumental the decision was. Shortly after legalization, on the 1st of August 1931, The Railroad Pass Casino became the first licensed casino in Las Vegas. 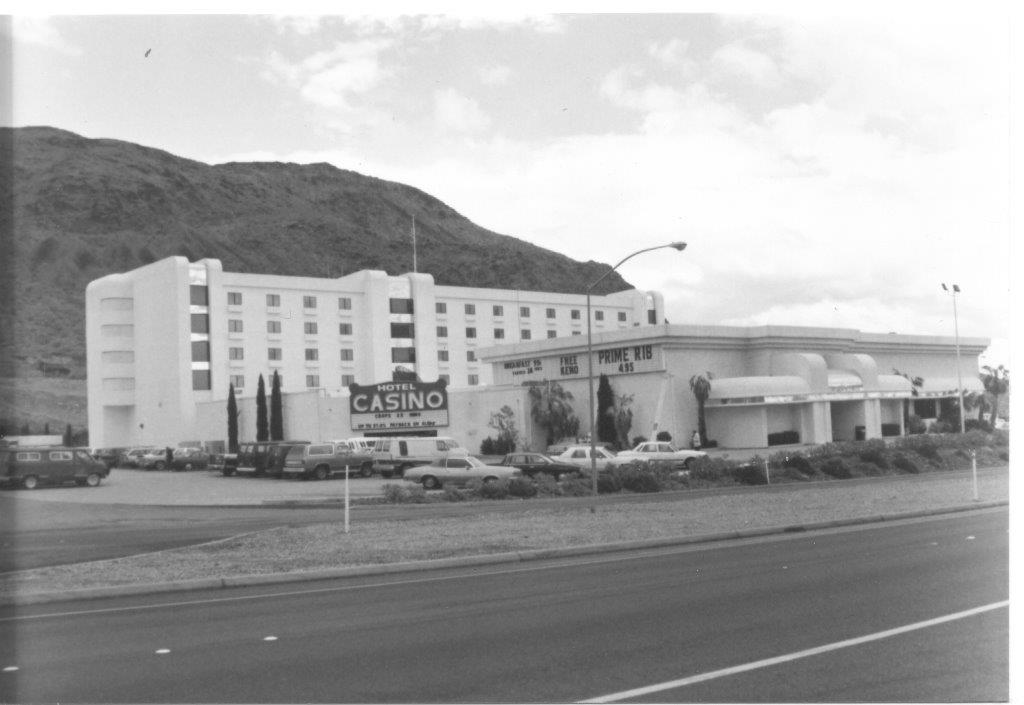 The Railroad Pass Hotel and Casino

Around the same time as the legalization, Las Vegas was earning its reputation as a city where anything goes. This was largely due to the growth of the gambling and nightlife scene, as well as the Silver State’s liberalization of marriage and divorce laws, making it the go-to destination for quickie divorces.

By 1936, Las Vega’s famous neon lights started showing up around Downtown Las Vegas, as well as more casinos. It was also at this time that showgirl venues started popping up downtown, also known as Gulch’ of Fremont Street.

In 1937, quickie weddings started to become popular in Vegas.

By the time the 1940s came around, Vegas was on its way to establishing its reputation as the hotel-casino town we know and love today. Before then, many hotels didn’t have a dedicated casino – they just placed a simple one in the lobby.

The first fully realized hotel-casino hybrid came in the form of El Rancho, which was opened in 1941. It was built by Bugsy Siegel, a mobster, on a highway situated outside the city’s limits. Soon enough, other hybrid hotel-casinos followed suit, creating what is known today as the ‘the Strip’. Bugsy and other mobsters invested heavily in the Strip, which saw its significant growth during this time.

The ‘King of Hollywood’ at the time, Clark Gable, stayed at the El Rancho in 1942. His wife, Carole Lombard, who as an actress, had died in a plane crash and Gable came to collect her remains. He reportedly spent the entire night pacing in his hotel room. 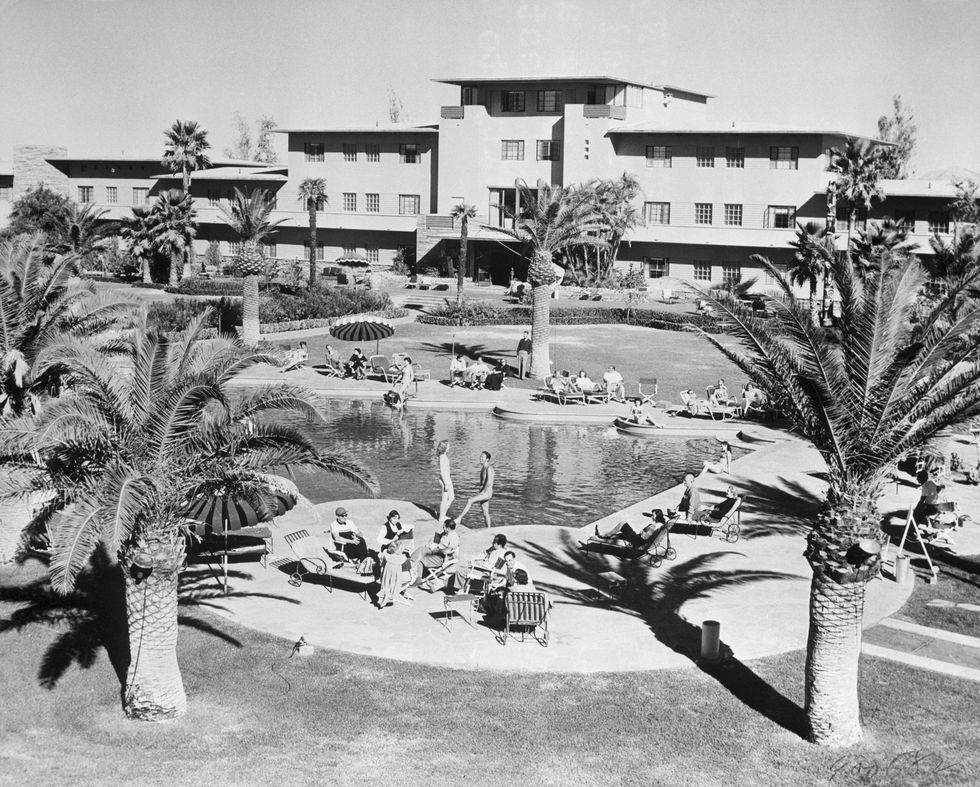 In 1942, the hotel and casino, The New Frontier, opened its doors on the Strip. It was the second establishment to be opened in that area.

The Flamingo Hotel, which was built in 1946, was among one of the famous and most luxurious hotel casinos built along the strip in the 1940s. It is still around even today. At the same time, off-the-Strip establishments like the Golden Nugget Casino were becoming popular for travelers in Downtown Las Vegas.

Going back to 1944, Liberace, the famous singer and actor who could enchant the audience with his piano skills, made his Las Vegas debut. The performer went on to make Vegas his main city of residence, performing at various clubs around town. 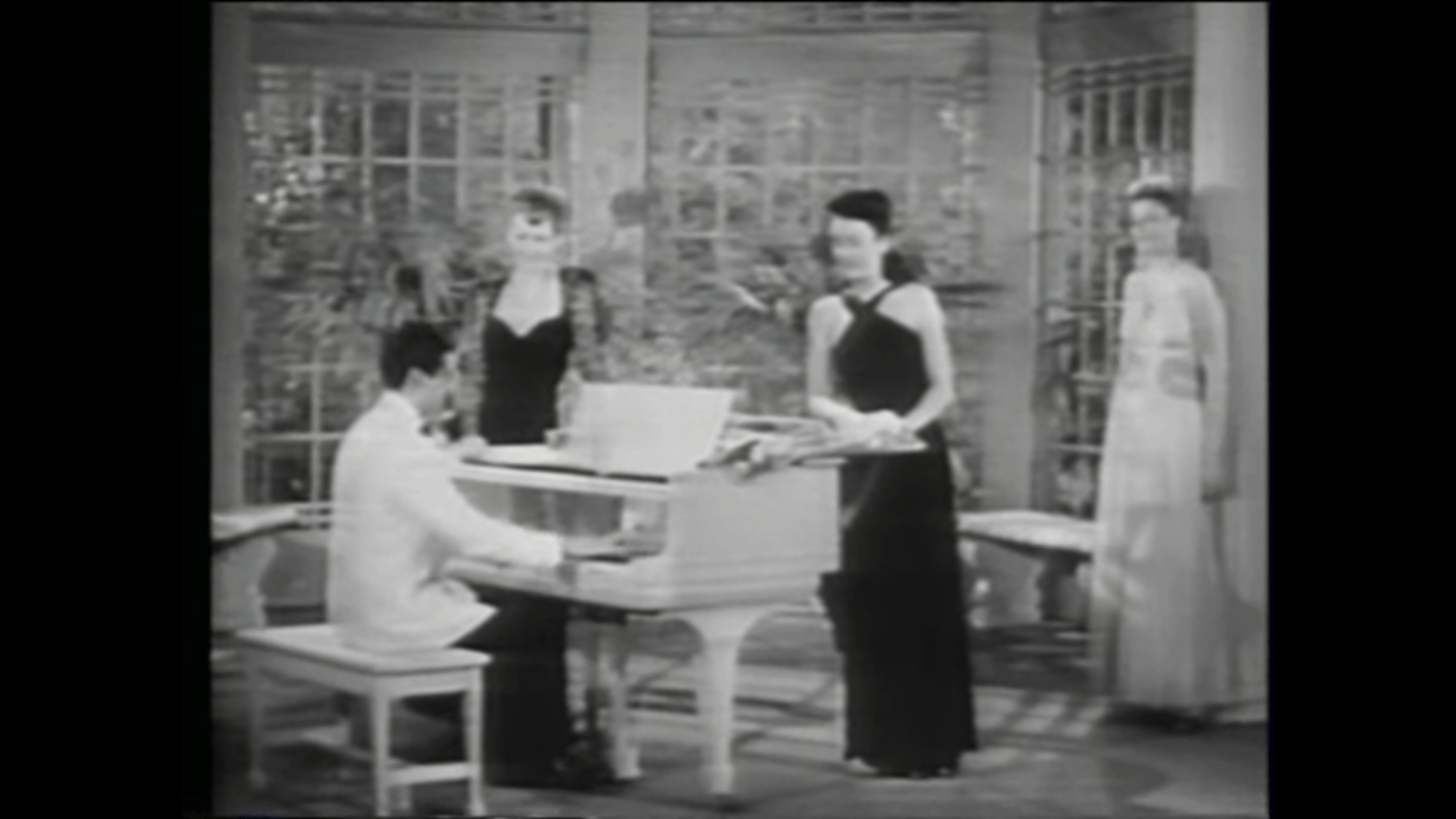 A YOUNG LIBERACE in the 40’s 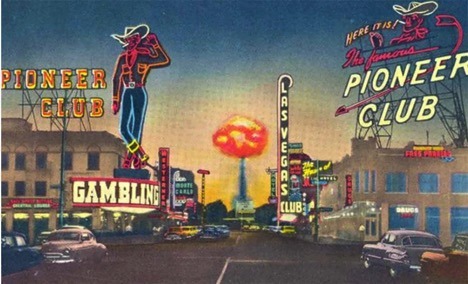 During this time, the Nevada Test Site moved closer to Vegas. From 1951, nuclear bombs were detonated in the desert and this produced a visible mushroom cloud that could be viewed from the city. This gave rise to nuclear tourism, which saw millions of people visit the city during that period. By 1963, over 100 nuclear bombs had lit up the Vegas nightlife at dawn.

But this time, Vegas was a lifestyle on its own. The casino life was seeing an even bigger surge in popularity. And people loved how you could easily get a divorce and remarry with ease.

Also notable during this time was Elvis ‘The King’ Presley’s debut in Las Vegas in 1956. He performed at the New Frontier for two weeks, starting from the 23rd of April. 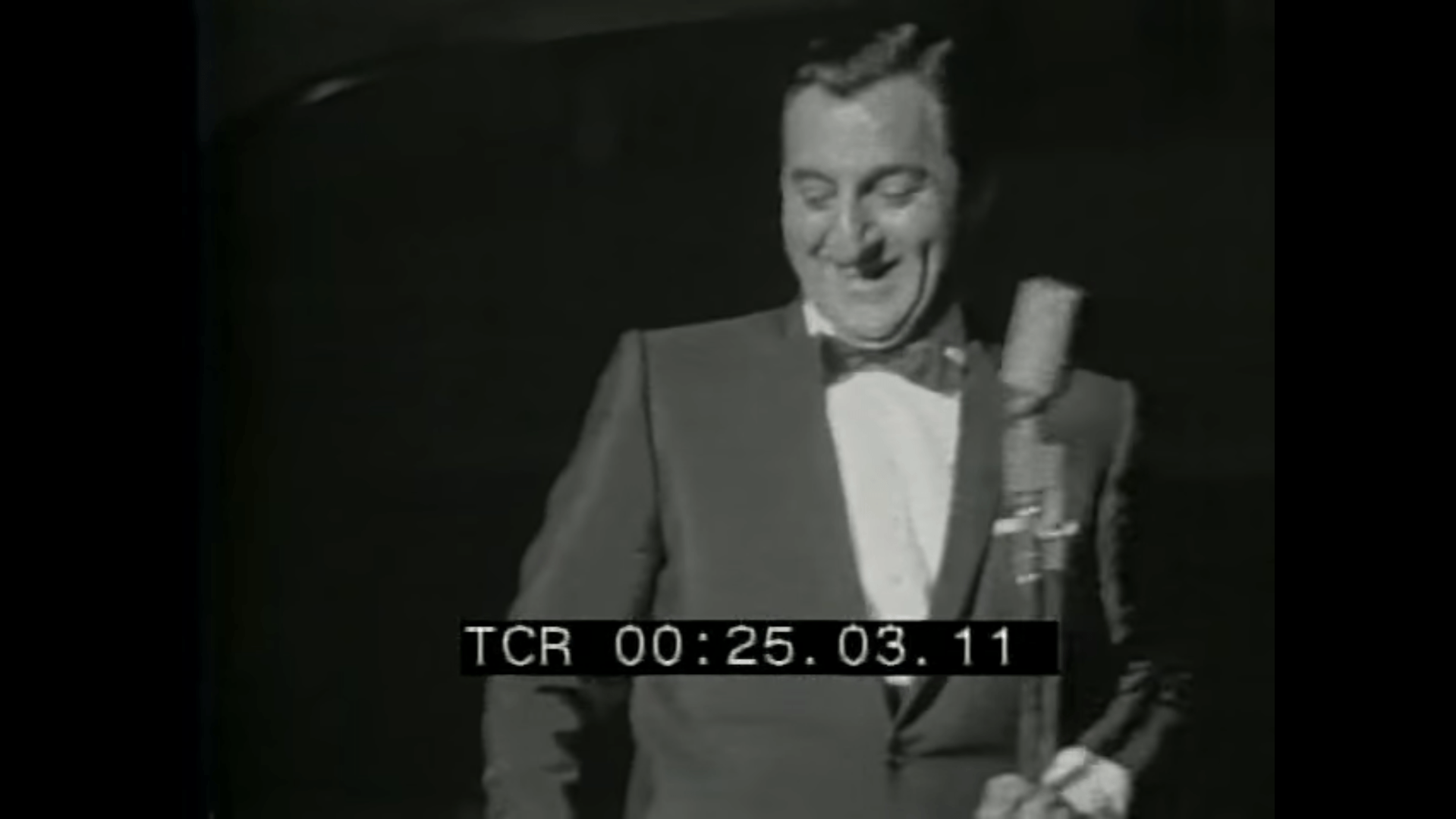 1960s Vegas was a great place for people looking for entertainment. The Brat Pack, which consisted of Frank Sinatra, Dean Martin, Sammy Davis, Jr., Joey Bishop and Peter Lawford, performed for the first time in Las Vegas in 1960. The legendary performance took place at the Summit. The performance happened as they were filming the iconic heist film ‘Ocean’s 11’.

Before he was Mr. Las Vegas, singer and actor Wayne Newton had his first engagement at the Flamingo in 1963. Now, you can’t mention entertainers in Vegas without Newton coming up. That same year, the hotel and casino Aladdin opened. It was famous for having 400 rooms.

In 1964, the film ‘Viva Las Vegas’ starring Elvis Presley and Ann-Margaret was released. It became the highest-grossing movie of the year and is regarded as one of the best films Elvis ever starred in. A song by the same name was released that year and peaked at number 29 on the Billboard Hot 100. 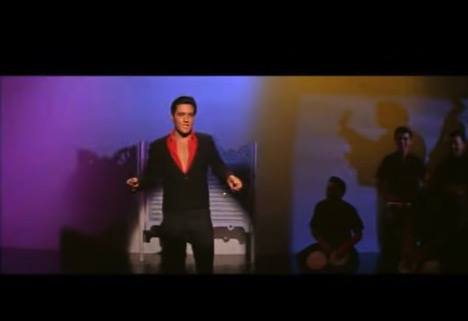 Another notable thing in entertainment that happened during the decade was Siegfried and Roy opening at Tropicana in 1967.

Entertainment Continues to Be Popular and Competition Arises: 1970 – 1980

By the 70s, Vegas was seen as a place of fun, entertainment and gambling bliss. But in 1971 a best-selling novel entitled ‘Fear and Loathing in Las Vegas’ by Hunter S. Thompson showed a different and less flattering side of the city.

In 1973, the MGM Grand Hotel and Casino was opened and quickly became the go-to spot for entertainment.

In 1974, gambling was legalized in Atlantic City, New Jersey. For the first time ever, Vegas had some real competition in the United States. The Resorts Atlantic City became AC’s first legalized casino in 1978, and it drew in the nearby crowds that would normally go to Vegas. By 1976, Liberace was the top-earning performer in the city, making $125,000 per week. 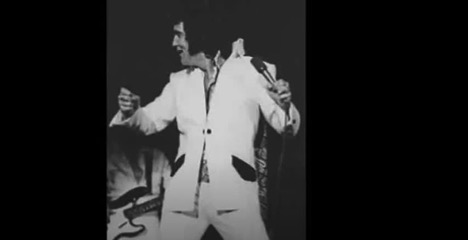 Elvis at the Las Vegas Hilton 1972

The international (also known as Las Vegas Hilton) opened in 1969 and entered into an engagement with Elvis. By 1976, Elvis had sold out 636 consecutive shows at the venue. His last show at Las Vegas Hilton was in December of 1976. The following year (1977) Elvis died on August 16th.

The 80s didn’t start well for the City of Lights. The extremely popular MGM Grand Hotel and Casino caught on fire on the 21st of November 1980. Fortunately, the fire was contained to the first floor. However, this led to 87 deaths and over 700 injuries. This incident is now known as the ‘MGM Grand fire’. 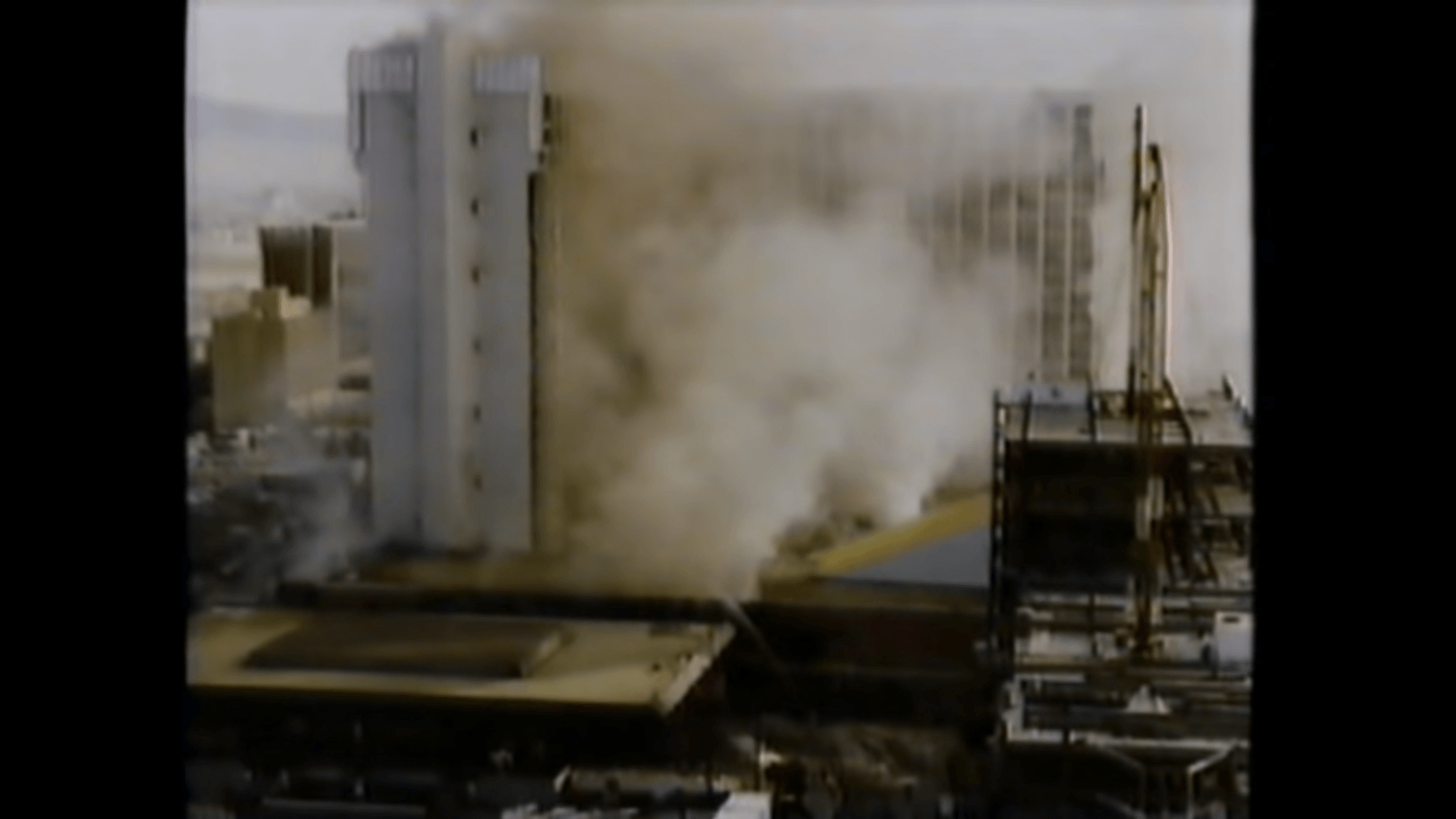 There was also a notable slowdown in gambling due to Atlantic City’s legalization. However, this did not stop the Strip from continuing to develop.

One of the biggest giants in the casino and hotel game, the Mirage opened its doors on 22 November 1989. It completely changed how guests viewed the Strip with its sheer scale and tropical theme that flipped expectations on their heads.

By 1990, the population of the World's Neo Capital had surpassed a quarter of a million. It was the fastest-growing state at the time.

Big hotels with various themes were being constructed throughout the city, with each trying to one-up the other. This was a clear signal that the party in Las Vegas is about to get even better.

Major hotels that made a mark with their themes at the time were: 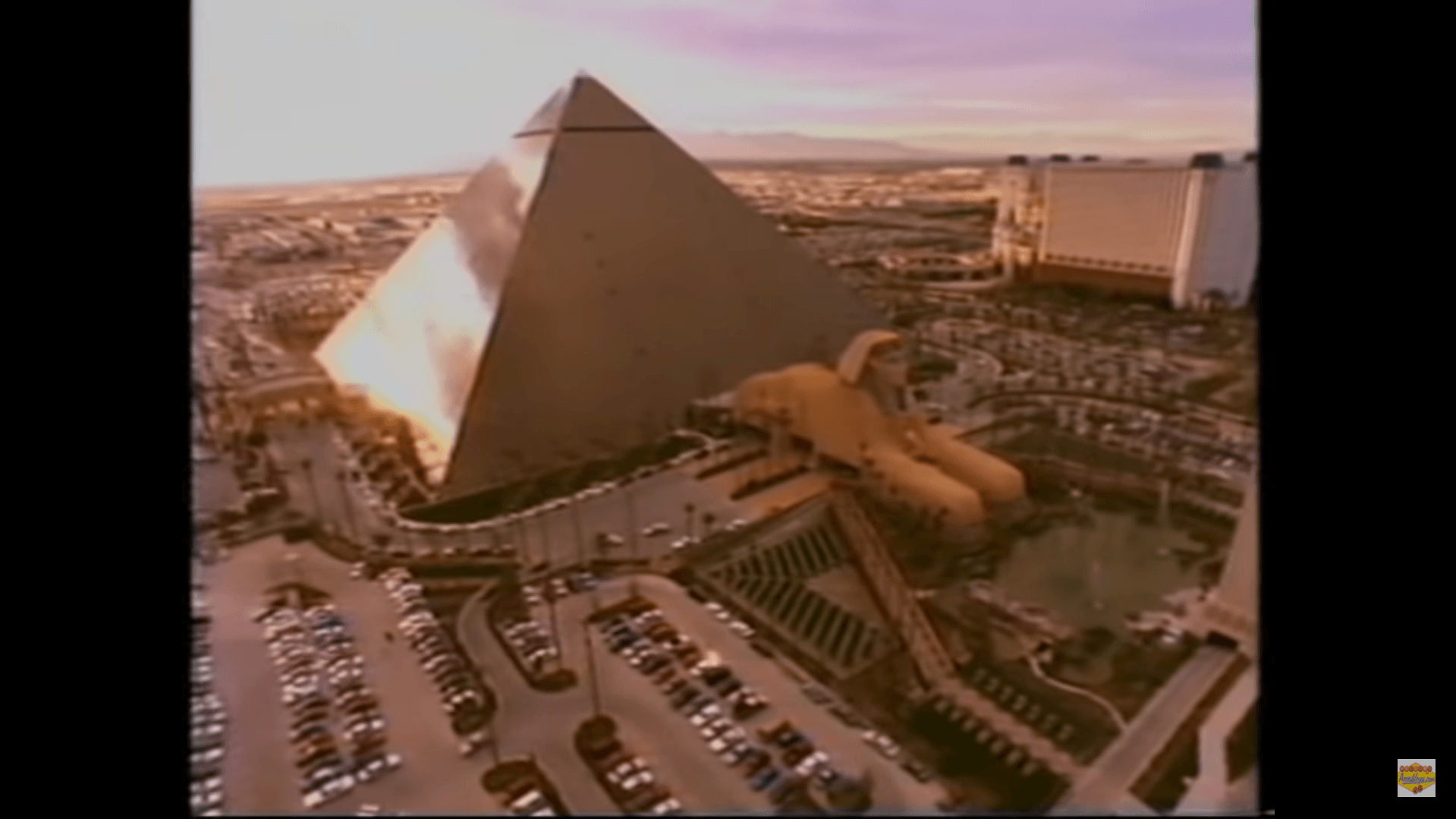 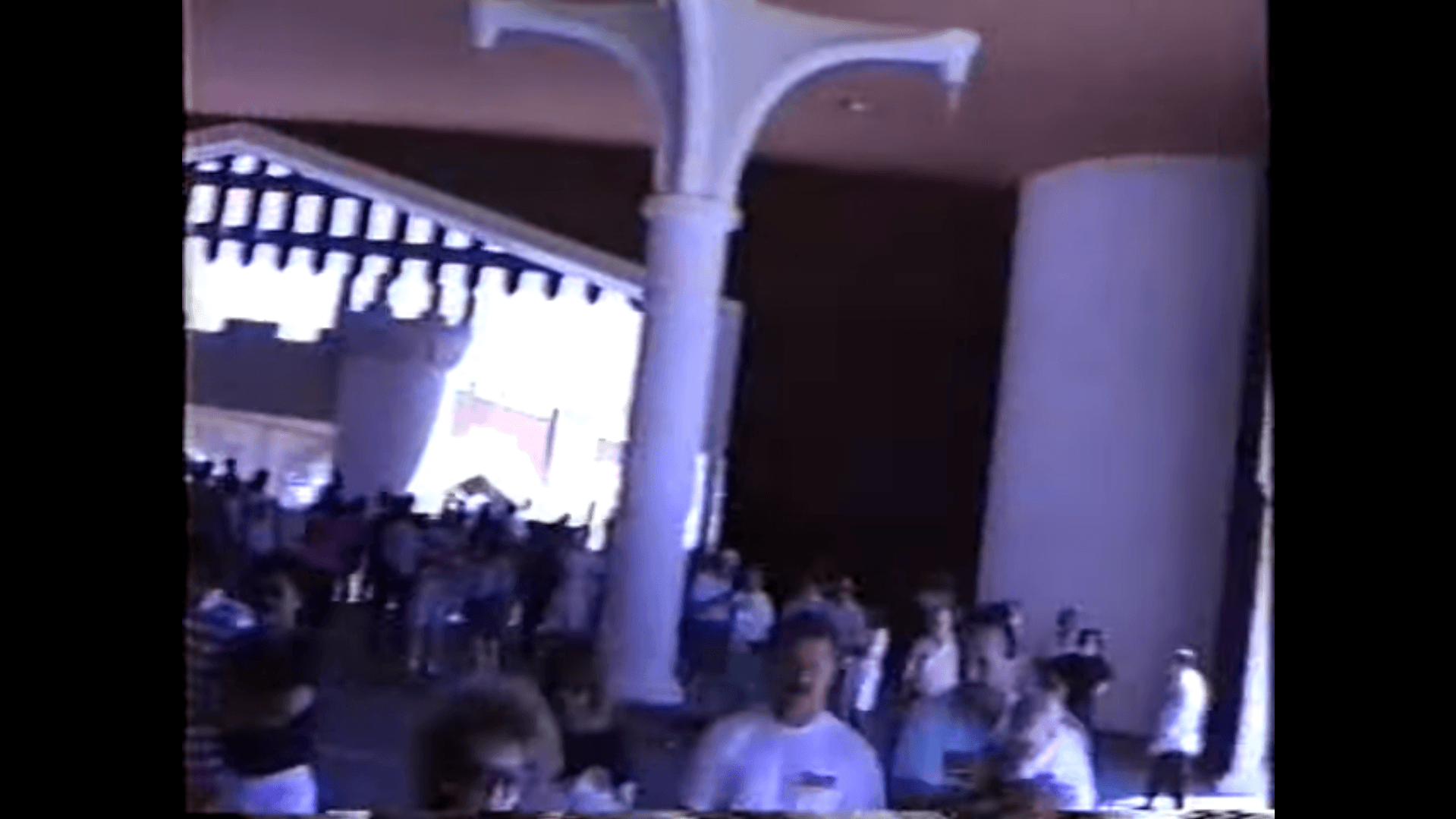 The Aladdin Hotel was destroyed in 1998 by a controlled explosion. It was replaced by the Bellagio Hotel, which cost $1.3 billion to build. By 1999, there were more than 130,000 hotel rooms and over 35 million people were visiting Las Vegas.

By the 2000s, everything in Sin City was running like clockwork. And throughout the decade, a number of notable casinos were imploded. 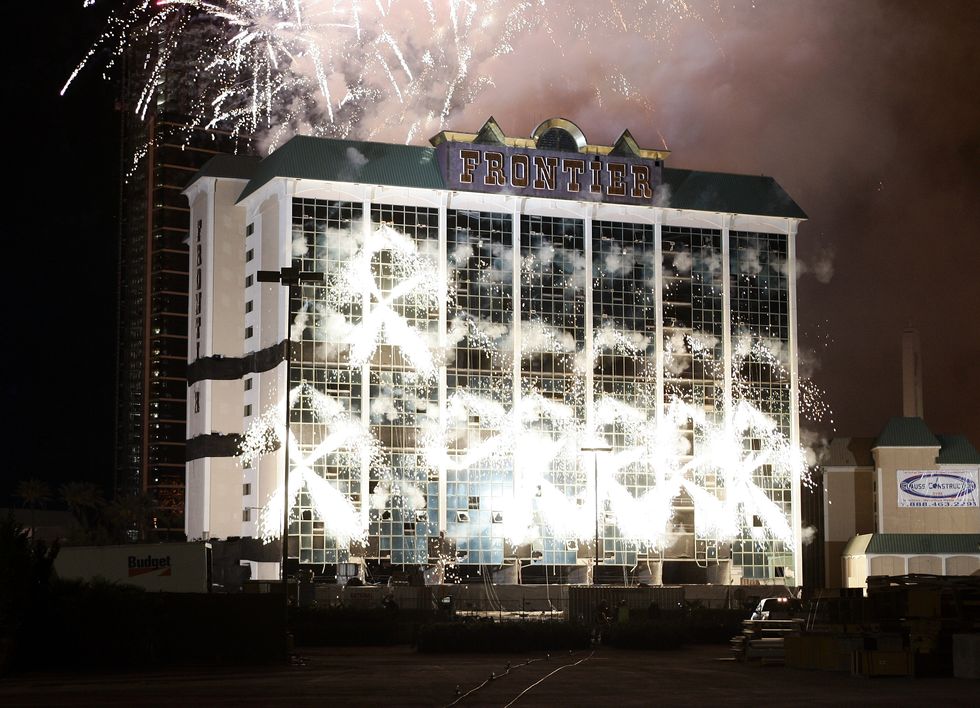 The New Frontier is being prepared for implosion

In 2003, Celion Dion began her engagement with Caesars, making Vegas her home. The show was called A New Day, became one of the biggest residencies in vegas before it ended in 2007 after 714 shows. Throughout its run in Las Vegas, it grossed $385.1 million, making it the highest-grossing residency ever.

A different implosion happened in Nevada between 2007 and 2008 of economic nature. This caused the unemployment rate to reach 14% in the Silver State.

Today, Vegas is visited by more than 40 million a year. Today, the city boasts 144 casinos from the Strip to Downtown Vegas. People come from all walks of life to experience the icon gambling and nightlife scene, as well the entertainment. With a look through the ages, it is much easier to appreciate Sin City in its glory today.