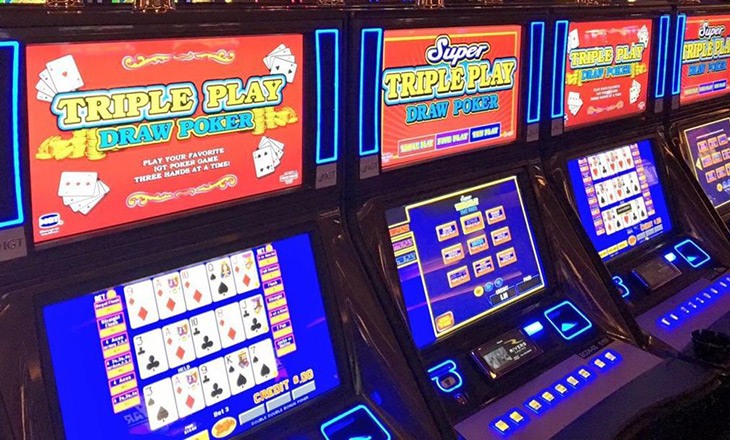 IGT started a trend by creating and combining the excitement of poker with a slot machine years ago. The first version of the game was Jacks or Better or Jacks+. From there, wild card versions like Deuces and Jokers Wild were introduced. Once video poker was moved online, the number of versions now numbers over 100.

This two-part article reviews 5 of the standard or original games or as I call them The Classics.

Video Poker is a game of skill that is enhanced by recognizing an advantage paytable and using correct strategies. Therefore, before we define the strategies, let’s explore the paytables that offer the best returns.

Video Poker payouts are displayed at each machine describing the amount of coins won for each hand. The table list payouts for play of a single coin up to the maximum that offer the largest payoffs possible.

If you bet 5 coins, all winning hands are paid by a multiple of 5, except for the Royal Flush. This higher payout is your reward for playing max coins.

Below, find a VP paytable for 9/6 Jacks or Better with the value of max coin return.

This is defined as a full-pay version and has an overall return of 99.56% with optimum strategy.

It is very important that before you get comfortable in front of a video poker machine, you make sure that you are playing the best paytable for that version.

The 5 VP versions described with strategies are listed here along with the average payback percentages. These percentages are maintained by playing max coins at a full-pay machine using optimum strategy.

A general strategy for Jacks+ bonus games #1, 2 and 3 on the list follows:

Additional strategy tips for this bonus version include:

To explain the double reference above, 10/7 Double Bonus is the top VP version in this group boasting an overall percentage of 100.15% with optimum strategy BUT it may not be available online.

Therefore, the next best option is 9/7 at 99.16%, lower but likely available and still a good bet.

The feature of the game is a full-house 50 coin payout while 9/7 offers 45 coins for the same hand.

Knowledge is Power, so use this information to join the Royal Class.

The Top 5 VP continue with 2 Wild versions in Video Poker 2.

Gayle Mitchell is the leading female expert on casino gambling. Gayle is the author of seven books, 12 Ebooks, and five Tips booklets. She combines easy-to-understand strategies, wager management and an amusing flair in her articles/columns, newsletters and seminars. Online since 1999, Mitchell has owned and operated 4 gaming websites.Her writing and teaching style is targeted at educating novice and passionate casino players.