PlayChip is in seventh heaven as it has witnessed promising token sales in 2018. The company whose tokens are in pre-sale till October 31st, just announced that its user count has touched the 1 million count – a milestone they had forecasted to surpass only later in the year around December.

As one of the most promising token sales of 2018. The PlayChip Foundation, whose token is in pre-sale until October 31, today announced that its combined user count has hit 1 million, a milestone they had initially forecasted surpassing in December.

PlayChip Ecosystem’s users are located across the glove over 70 countries with majority of them in United Kingdom, Australia, Unites States of America, and India. It is forecasted that when the block-chain enabled platform does go live as planned on December 19th, each of these many players will be able to participate in 7 different online gaming platforms with ease. These platforms include, casino games, eSports, sports betting, and Daily Fantasy Sports.

The success of the company is indicative of the new trend of reverse ICO in the crypto market. Under Reverse ICO existing businesses tokenize the economy of their rather large user base, unlike the traditional method of token offering that lacks a solid working product as well as user base. PlayChip is the next company after Telegram ICO to have had success in this new wave of token offerings.

According to Luke Lombe, the working head of Blockchain with PlayChip, “PlayChip is a very unique kind of token offering. While most other token companies write papers about their potential audiences and hypothetical use cases, these tokens are well positioned and have a very active global audience on several platforms that are part of the PlayChip family.”

“The entire staff at PlayChip are truly thrilled about touching the 1 million user mark, a lot earlier than expected and look forward to continued growth and success. We are mid-way of our pre-sale and remain focusses on delivery a product that will surpass all expectations,” he added.

The various gaming platforms in the PlayChip ecosystem currently include DraftStars, 123Bet, PlayUp, ClassicBet, Betting.Club, MadBookie, and TopBetta. All users will have the ease to seamlessly move between these platforms via the use of integrated PlayWallet and also cash out instantly whenever they pleasevia the PlayXchange. According to forecasts, in the financial year 2018, these platforms are all set to exceed a predicted turnover of US$430 million.

PlayChip is a Universal Gaming token system created to use for online gambling, sports betting, fantasy sports and eSports, at the very center of a rather incentivized block chain enabled community. The ecosystem comprises of seven independent partners with a user base of over one million people across 70 countries. PlayChip is designed to be secure, relatively easy to use, scalable, and real fun, and also include features to integrate absolute fairness into the transactions, making it the numero uno gaming token of choice across the world. 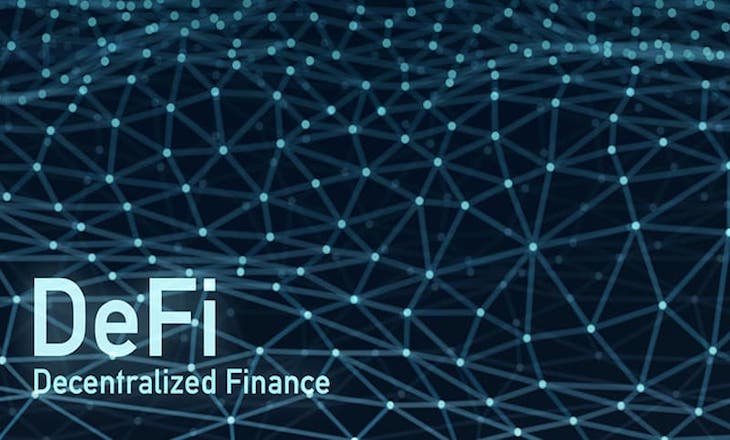 DeFi. Chances are, if you’ve spent any time around the cryptocurrency space the term ‘DeFi’ will have cropped up. Defined as ‘Decentralized Finance’, DeFi is an ecosystem made up of financial smart contracts, digital assets and decentralized...

EveryMatrix‘s flagship payment gateway MoneyMatrix and DAOgroup have penned a tactical agreement that will allow MoneyMatrix to utilise the iGaming provider’s cryptocurrency-fiat exchange provisions as an integrated payment...

The explosion of distributed ledger technology adoption has been accompanied by the rapid uptake of peer-to-peer cryptocurrency exchange platforms. Once Ethereum demonstrated to the world that it was possible to create a global shared...

Though the anxiously awaited launch of the credit card by Goldman Sachs and Apple is not on the horizon, there is sad news for those who were waiting to use it to purchase bitcoin or some other cryptocurrencies or just for the purpose...

Cryptocurrency is going to become more regulated in the future, thanks to the move by Visa

In the fight against global money laundering, it is cryptocurrency that remains the weak spot. Since the users can get payments from several unknown sources from any part of the world, it becomes hard to track. Committing crimes like...

Stablecoins: Cryptocurrency trends to keep an eye on in 2018

The Blockchain technology has been described as one of the most epochal inventions the world has ever witnessed. Despite the decline in price that this industry has witnessed especially in the last few weeks, the Cryptocurrencies ...