Features 10 Unlikely Things And The Chance Of Them Happening

10 Unlikely Things and the Chance of Them Happening

Most people would agree that it is a little bit of an understatement to say that life is full of surprises. You might be happily sauntering in a certain direction, but any number of things could come along and sweep you off your feet. Some might be amazing, like being offered a promotion or pay rise completely out of the blue. However, others might unfortunately be less positive.

Of course, we tend to be most stunned though when the unlikeliest, most improbable things occur.

The old saying goes that ‘stranger things have happened’ and isn’t it funny how often that turns out to be true? Sports fans have seen more than their fair share of shocks and upsets through the years, with minnows performing incredible feats of giant-killing in major competitions and teams completing remarkable comebacks. For instance, how many people genuinely expected Liverpool to come back from 3-0 down at half-time to defeat AC Milan in the Champions League final back in 2005?

However, it could perhaps be argued that we know that such events are par for the course in the sports world, with upsets being something that can and do happen. So, where else can we look to find some real long shots? What are some of the genuinely most unlikely things that could happen in your lifetime and what are the odds of them taking place? Here we have pulled together a list of 10 intriguing scenarios and researched just what the chances of them happening might be. 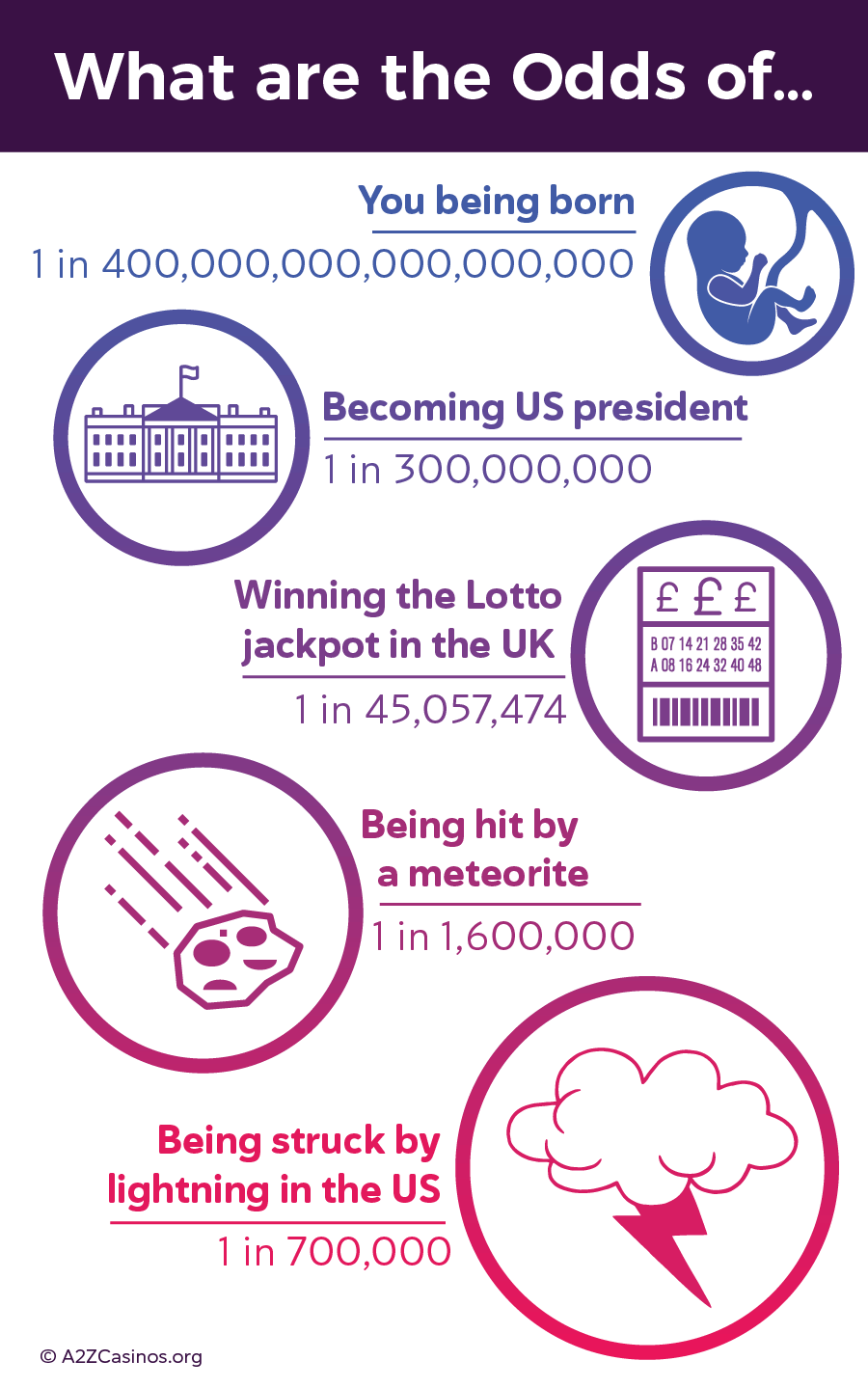 So many of us have dreamt of the day when our lucky numbers might come up, but what is the likelihood of it actually happening? It of course depends on which of the many lottery games all over the world that we choose to play, but there are some statistics out there that might provide some pointers.

For example, the UK’s National Lottery website includes data on its Lotto online game, with the odds of winning the jackpot being estimated to be somewhere in the region of 1 in 45,057,474. In contrast, the odds of matching five and the bonus ball to win £1 million are approximately 1 in 7,509,579. Your chances understandably improve further as the number of balls you have to match falls and it is believed that the odds of winning any prize in the Lotto stand at 1 in 9.3. 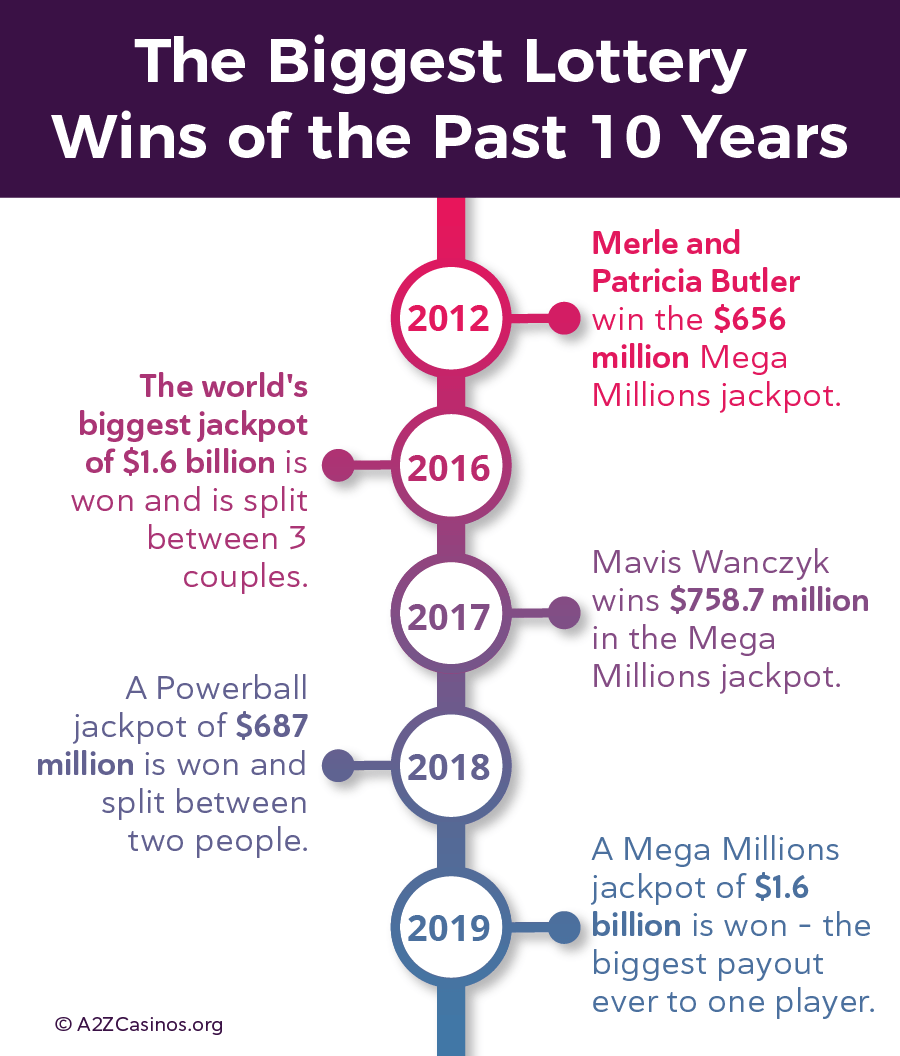 2. Being elected as US president

Most people have had moments when they’ve daydreamed about what they would do if they were in charge of a country, but what are the chances of one of us actually achieving that goal and being the top dog?

Being elected president of the United States of America would be incredible, but you of course have to meet some key criteria in order to be eligible. As USA.gov outlines, the US Constitution states you need to be a natural-born citizen of the country, over 35 and have been a resident in the region for 14 years. The study guide website Shmoop estimates that the odds of becoming the Commander-in-Chief are around 1 in 300,000,000.

If you’re worried that we’ve taken an existential turn and are questioning the very nature of reality, stick with us for a moment. What we mean by the likelihood of you existing is the probability of you actually being born.

While that might still sound pretty heavy to some, ScienceAlert reported back in 2015 on a great infographic pulled together by Visual.ly which includes a host of information on this. It runs through the probability of your parents meeting and then several other issues, including the fact they chose to stay together to have children. Arguably the key statistics are the odds of your mother’s egg and father’s sperm having all of the key elements to make the individual that you are, with that being estimated to be 1 in 400,000,000,000,000,000. That’s one in 400 quadrillion, by the way.

4. Completing a Rubik’s cube at the first attempt

The Rubik’s Cube is a classic conundrum that has perplexed and entertained a huge number of people through the ages, but what are the chances of you actually managing to complete the puzzle at your very first attempt?

Unfortunately, we’ve not managed to find that out exactly, although OnTheClock.com suggests that just one in 20 people who actually own a Rubik’s Cube can solve it. The site also puts a spotlight on the incredible number of combinations which are possible with the toy, as it is thought that a 3x3x3 cube can create around 43 quintillion patterns. Ruwix.com also features information on the so-called God’s Number, which is the smallest number of moves required to solve the puzzle from any starting position. At present, the figure is believed to stand at 20. 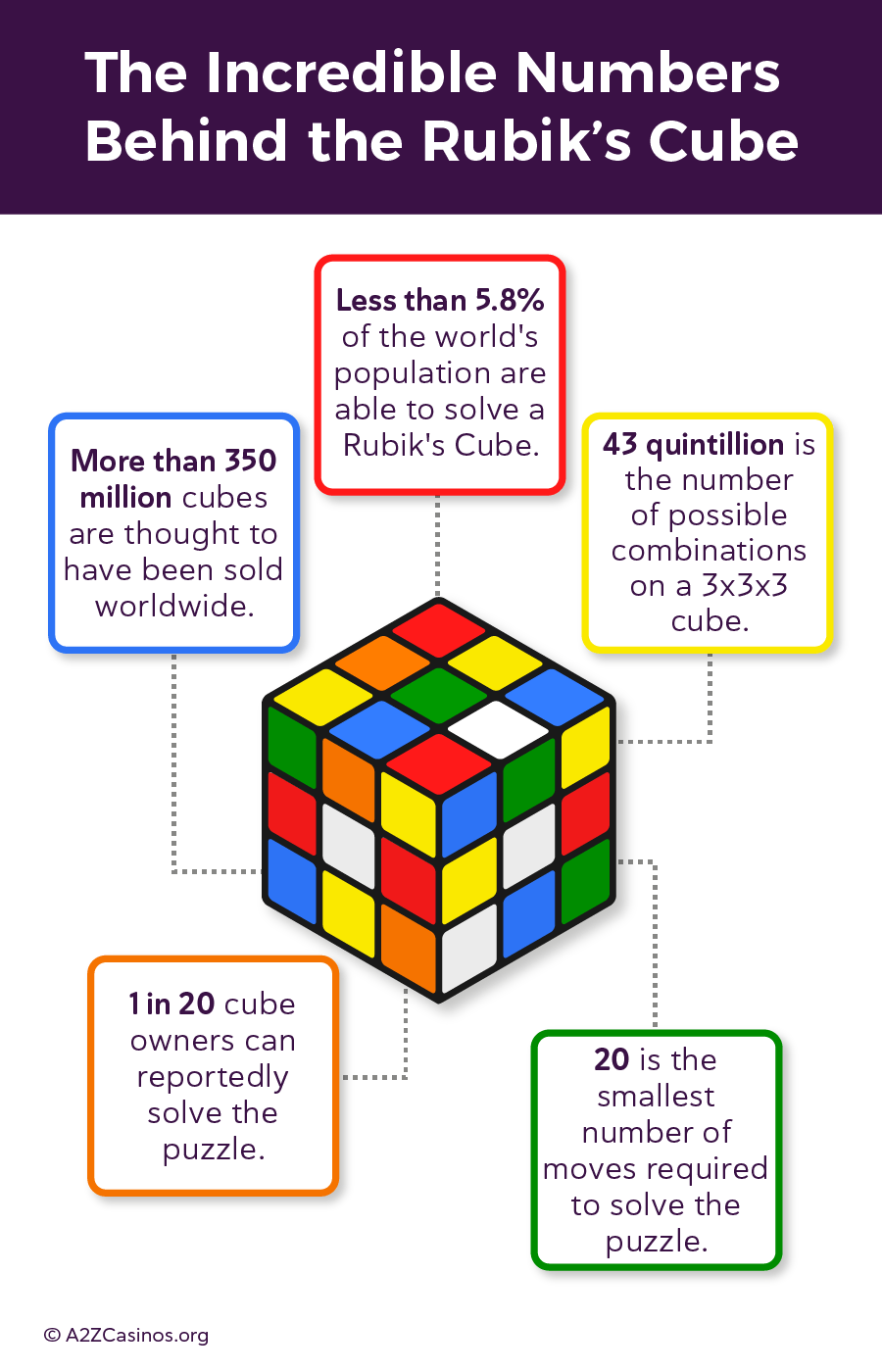 5. Being struck by lightning

One of the classic sayings related to the likelihood of rare events is that lightning never strikes the same spot twice. However, in truth that’s not actually correct, as sites including Britannica explain that lightning does indeed do that.

So, while that is a little bit of a myth, what are the actual odds of being hit by lightning? National Geographic devotes an entire page to lightning facts and reveals that the chances of being struck by lightning in the US in any single year stand at 1 in 700,000. The odds reduce to 1 in 3,000 if you look at the likelihood of it happening across your entire lifetime.

How many of us have stared at the night sky and wondered what it would be like to venture into space? It is the stuff that sci-fi dreams are made of and some very fortunate individuals have had the chance to experience it for themselves.

However, what are the chances of you ever becoming an astronaut? The Verge put a spotlight on this in 2016 when reporting on the number of people who applied to join NASA’s 2017 class of astronauts. The site estimated that the 18,300 applicants had between a 0.04 percent and 0.08 percent chance of being selected for the next round.

7. Being hit by a meteor

Sticking with space, it is fair to say that there are all kinds of rocks floating around out there and some of them can enter the atmosphere and fall to Earth. But has anyone ever tried to figure out the likelihood of an individual being struck by some of this debris?

National Geographic has again explored this area and in 2016 compiled a list of incidents where people suffered injuries or property damage as a result of meteorites. The site also quoted statistics from Tulane University professor Stephen A Nelson, who suggested the odds of dying from a meteorite or asteroid impact were around 1 in 1,600,000.

Jeff Wayne’s Musical Version of The War of the Worlds famously featured the suggestion that the chances of anything coming from Mars are a million to one, but what are the actual odds of the Earth being invaded by alien life?

Perhaps unsurprisingly, that’s very difficult to say – although one scientist has attempted to at least determine the chances of alien life being out there. Earlier this year, sites including CNet.com reported on research undertaken by Columbia University professor David Kipping which was published in the Proceeding of the National Academy of Sciences.

9. Hitting a hole-in-one in golf

Striking a golf ball sweetly and achieving a hole-in-one is something that everyone dreams about when they step out onto a course. However, not everyone is lucky enough to do it.

According to American Hole ‘n One, the chances of a person making a hole-in-one stand at around 12,500 to 1. If you’re skilled enough to play professionally the odds then shorten, with them dropping to 2,500 to 1. This discussion does beg one question of course – who has achieved the most holes-in-one in a single round of golf? The Guinness World Records states that the feat was managed by American player Patrick Wills, who got three during a game at the Laurel Hill Golf Club in Virginia in 2015.

10. Playing football for your country

Every sports fan has at some point or another dreamed about the idea of representing their country at the very highest level. After all, does anything sound better than achieving immortality by scoring crucial goals for your nation at the World Cup?

But, just how likely is it that a child might go on to play football for their national side? As sites such as The Guardian reported back in 2013, the grandfather of Liverpool player Harry Wilson got odds of 2,500 to 1 when he placed a £50 bet on Harry – who was a toddler at the time – going on to represent Wales. Wilson incredibly made his debut for the country at just 16, with his grandad winning a massive £125,000 in the process.

A weird and wonderful world

It is remarkable to take a step back and consider just how unlikely some events are, while also examining the actual odds of them occurring to us during our lifetime. Experts have clearly spent a long time crunching the numbers to come up with different measures of probability as we look to understand just how incredible certain feats and scenarios are.

This list puts a spotlight on just a handful of issues and we are sure that you can think of many more situations that you would love to research the odds on in the coming months. The world truly can be a weird and wonderful place and it will be intriguing to see what other strange discussions about odds pop up in the near future.