Global iGaming powerhouse, Yggdrasil, recently finalised a deal that will see it gain significant exposure for its content. The developer’s new partner of choice is international iGaming and sports betting operator Betway.

The deal enables Yggdrasil to provide its whole catalogue to Betway across several regulated markets, like the UK and Germany, which recently officially opened up the market for online casino operators.

Under the deal, both Yggdrasil’s proprietary content and games from its third-party studios, via the YG Masters , will be made available. All content furnished with the developer’s Game Engagement Mechanics will also be provided to Betway and its burgeoning player community.

Betway is a global leader in the iGaming and wagering sectors and sponsors numerous international sports organizations such as Premier League club West Ham United, among others.

Yggdrasil is the latest in a series of content suppliers who have signed content deals with Betway, following brands like the Scientific Games-owned, Sydney-based studio Lightning Box.

Yggdrasil’s Director of Commercial Operations, Andrew Pegler said that his company is thrilled to be associated with such a “hugely recognizable brand.”

He added that the company’s collection of thrilling slots delivers immersive gameplay experiences and that Yggdrasil is confident that its offering will hold great appeal for Betway’s players.

Pegler also stated that Yggdrasil finds itself in an exhilarating time of the expansion of its presence with top-tier global and local operators and that the company is seeking to bolster its business approach of working in tandem with its partners to achieve their growth ambitions across major regulated territories.

Yggdrasil also recently announced that it had gained a license to market its products in Greece’s iGaming market. The brand also recently made its first foray into Slovakia via an existing partnership with iGaming operator Tipsport.

Betway’s Marketing and Operations Director, Paul Adkins said that Yggdrasil’s content has “long stood out in the market for their impressive and engaging designs” and that the company is pleased that it can now offer it to their players.

Adkins added that with a “comprehensive roadmap of exciting games, features, and tools”, Betway is thrilled to have nailed down the new partnership and anticipates a productive working relationship with Yggdrasil. 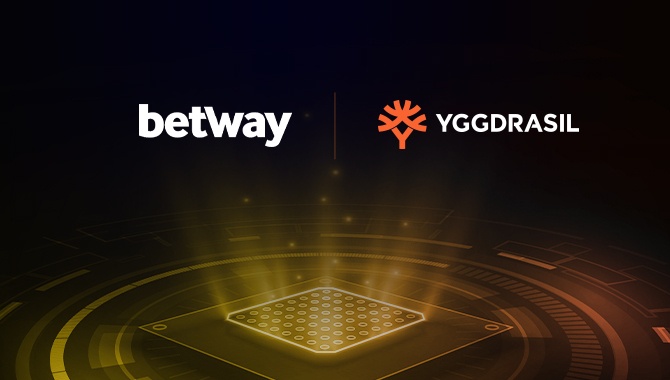 Betway has joined the growing legion of 1x2 Network’s tier one operator partners and will have its collection of online slots and RNG games integrated into the popular gambling brand’s offering. Games from subsidiaries, 1x2 gaming...