Microgaming are increasing their range of jackpot titles this September, adding new WowPot and Mega Moolah titles to its portfolio. Also included will be a line-up of exclusive releases from its independent game development studio network.

All41 studios have created Book of Atem: WowPot, and after a successful, limited early release, the slot became widely available on 1 September. The title features 5x3 reels, high-volatility, and 10 paylines. The included features incorporate free spins with an expanding symbol. This is the second Microgaming WowPot title, following Wheel of Wishes. You can expect the WowPot jackpot to seed at around $2 million while the slot’s major jackpot seeds at around $50 000.

Sisters of Oz: WowPot by Triple Edge Studios has the distinction of being Microgaming’s third WowPot jackpot and was released on7 September after an early release through Bettson. This slot is a magical adventure with 5x4 reels and 20 paylines and features Jumbo Block Symbols and free spins with guaranteed Jumbo Blocks on each spin. If Golden Oz coins appear on the reels, this offers you the opportunity to activate the progressive jackpot Bonus Wheel, where you can win a guaranteed Mini, Minor, Major, or WowPot progressive jackpot prize.

Stormcraft Studios has melded its steampunk-themed title together with 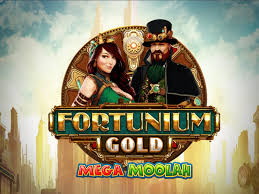 jackpot, which recently paid out a $14.2 million jackpot to a player in Sweden. The result is Fortunium Gold: Mega Moolah and you can expect its release on 22 September. The slot is an adventurer thrill ride told through the characters of Victoria, an intrepid explorer and adventurer, and Maxamillian, a brilliant inventor. Join this duo in this 5x5 reel, 40 payline, progressive jackpot title that includes Mystery Symbols, a Win Booster, and free spins with Mystery Reels.

Noble Sky by Neon Valley Studios will make its debut On 29 September and is an adventure among the clouds. This game includes 25 paylines, medium-low volatility, and an impressive range of bonus features such as Airship Wild Respins with a maximum multiplier of 10x, and a Vault Bonus that could reward you up to 5,000x your stake from the Grand jackpot.

Microgaming is packing in the action with even more titles set to be added to its platform throughout the month. The additional new titles include Stellar Portals by Snowborn Games which will be released on the 3rd, on the 9th of September, Almighty Aztec from SpinPlay Games will make an entrance, and Spectre Estate by Just For The Win will be released on 15 September. Microgaming will also be boosting its table game portfolio with two new titles from Switch Studios which are No Commission Baccarat and Sic Bo which will be available to play on the 17th and 24th September, respectively.

There are also 30 additional titles that Microgaming will be publishing from its diverse collection of content partners. These titles include One Million Megaways BC by Iron Dog Studio (a part of the 1x2 network), Magic Merlin Megaways by Storm Gaming, Star Clusters Megaclusters from Big Time Gaming, and Cubes by Hacksaw Gaming.

Another multi-millionaire made by Microgaming’s Mega Moolah

Microgaming brings the unimaginable to life with August releases

July is hotter than ever at GoWild casino!