Features Playing For Keeps. Who Is The Cream Of The Crop In Woman’s Poker

Playing for keeps. Who is the cream of the crop in Woman’s Poker

Poker is one of the most popular card games enjoyed all over the world by both men and women. However, men have dominated the game, making it seem as if it is only enjoyed by the male species on the planet.

This is far from the truth, as there are plenty of women poker players that can give anyone a run for their money. In these modern times, the myth that poker is a man’s game has been debunked, with more and more women taking up this exciting game.

Below, we will talk about such women who are crushing it in the professional poker scene in 2020. They have dominated local and/or international poker tournaments to earn the title of being one of the top female poker players.

While this is by no means an exhaustive list, it should give you an idea of who is the cream of the crop in women’s poker. 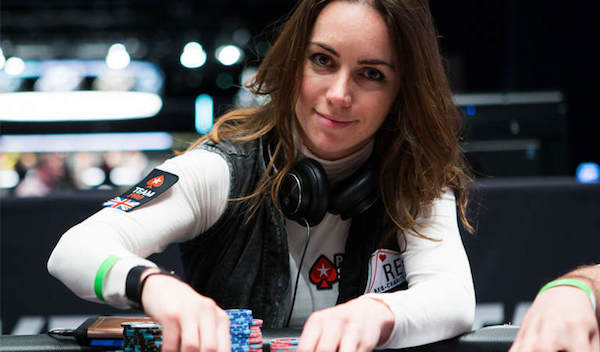 You cannot have a list of the cream of the crop in Women’s Poker without mentioning Vanessa Selbst. She is a poker player from Brooklyn, New York who is consistently ranked as one of the best poker players in the world.

She is currently the highest-earning poker player among women in the World Series of Poker (WSOP).

Outside poker, where she has undoubtedly left an indelible mark, she works for the investment firm Bridgewater Associates. 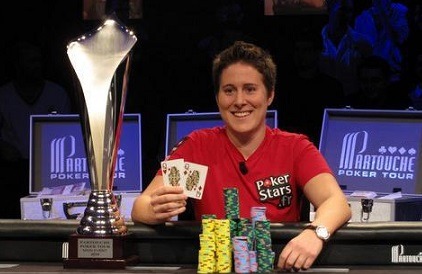 Vanessa Selbst has retired from poker

She graduated from Yale and has a love for math and statistics – these things have probably played a major role in her poker success. When it comes to the qualities of a great poker player, Selbst checks a lot of boxes.

She is known for being an aggressive player who thinks outside the box. She has made some of the biggest and most daring bluffs in poker history, which have stunned both opponents and fans alike (whether they work or not).

In 2010 she won the Main Event of the North American Poker Tour. She did it again the following year and became the only player in poker history to win this event back-to-back.

The highest earnings she has ever made are from winning the PCA High Roller event in 2013. She walked away with over $1.4 million in winnings.

Selbst announced her retirement from professional poker in 2018. She is a tough act to follow, but she has inspired many women poker players to come for her title as the most successful women’s poker player of all time.

Kathy Liebert is one of the more lowkey women poker players out there, even though her track record is wildly impressive. This American professional poker player was born in Tennessee and is worth over $6.3 million.

Luckily, Liebert is a quick learner with a natural talent for poker.

What Liebert is most known for in the poker world is winning the “Party Poker Million Limit Hold’em Event”. She beat some of the best men and women in poker and walked away with the $1,000,000 prize.

In 2008, she earned a World Series of Poker bracelet for her participation in the "$1000 Limit Hold’em Shootout".

All of this (and more) is what makes Liebert one of the top female poker players of all time.

Maria Constanza Lampropulos is an Argentinian professional poker player with a net worth of over $3 million. Lampropulos is not among the famous women’s poker players, but her impressive record has earned her mention on this list.

Lampropulos only got into poker because she was dating another top poker player in Argentina: Ivan Luca. Despite starting her journey playing online for smaller stakes, Lampropulos found her calling and moved up the ranks in women’s poker.

Interestingly enough, she would end up facing Luca in 2016 in a “€1,000 No Limit Hold’em” in Rozvadov. Unfortunately, Luca beat her since he was more experienced, making her the runner up – she walked away with €95,000, though.

Her biggest win came in 2017 when she participated in the “£5,300 PartyPoker Millions” in Nottingham. The tournament had 1,204 of the best poker players in the world and Lampropulos beat them all and took home the prize of $1,000,000.

In 2018, she took part in the PokerStars Caribbean Adventure (PCA) Main Event on Paradise Island with over 600 other poker players. She managed to place first, winning $1,081,100 in the process.

She is still active today and knows she would not be where she is without Luca’s inspiration and guidance.

Until Vanessa Selbst took the title from her, Annie Duke was the highest-earning female poker player in the WSOP. This poker player USA has superior cash winning skills, which have managed to earn her $9 million.

Duke began her poker career in 1994, but she is most notable for winning the “World Series of Poker Tournament of Champions” in 2004. For this win, she walked away with $2 million and a WSOP bracelet.

Another one of her big wins came in 2010 when she won the “$20,000 No Limit Hold'em” event at the NBC National Heads-Up Championship. She managed to walk away with a $500,000 payday at this championship. 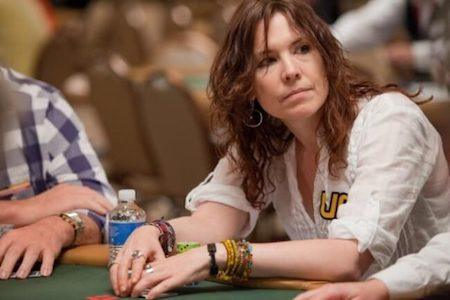 Duke is also an author of three strategy books, “Decide to Play Great Poker,” “The Middle Zone” and “Thinking in Bets.” She has also collaborated with ESPN to release several poker products.

She is the sister of Howard Lederer, founder of the online poker website Full Tilt Poker. It was shut down in the USA in 2011 for bank fraud and illegal gambling.

Due to her relationship with Lederer, the scandal affected Duke’s reputation in the poker industry. Luckily, it was not enough to destroy it.

Duke has not been active in the poker scene for a while and announced her retirement in 2020. The last poker game she played was in 2011; a charity event in the 2011-12 Epic Poker League.

Although she lives in Palo Alto, California, Joanne Liu (also known as JJ Lui) was born in Taiwan. Her net worth is just over $3.2 million and is famous for being an eccentric dresser, especially when it comes to hats.

What brought Liu to the USA was her pursuit of a computer engineering degree at Bradley University. It was when she got a job in Silicon Valley that she discovered her love for poker – a game she had never played before.

Liu’s biggest win came at the 2007 World Poker Tour when she came in second in the “Bay 101 Shooting Stars.” This made her the highest-placing female in the Championship Event and she was awarded $600,000 for this accomplishment.

Although she is older than all the women on the list, she shows no sign of stopping and still playing poker 2020. She recently placed number 34 for the 2020 “$1,000 Pot Limit Omaha” 15th event in the WSOP.

Kristen Bicknell is one of the top poker players in Canada with a net worth of over $5 million from poker earnings. All this started when she discovered online poker in her college years (she was a member of Full Tilt Poker).

Kristen is still actively playing poker in 2020 and has three WSOP bracelets under her belt. 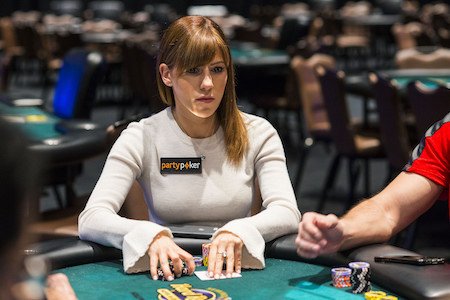 Playing poker with the ladies

She has also participated in the World Poker Tour and European Poker Tour. She has not won any titles, but she has managed to make it to the final tables and score some money finishes.

Mario Ho is a Taiwanese/American and one of the top female poker players in the world. She has a net worth of over $4 million from winning poker tournaments and is a Hall of Famer in the “Women in Poker Hall of Fame” (inducted in 2018).

She proved to be a good poker player in 2007 in WSOP when she competed against 6,358 players and managed to become the last woman standing. She placed 38 in the Championship Event, going on to win $237,865. 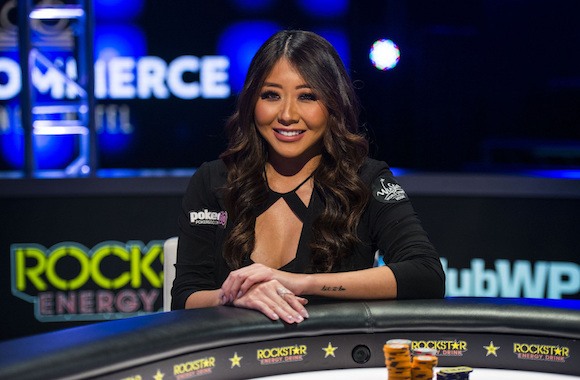 Playing Poker with Finesse and Charm

Unlike many women on this list, Ho has no WSOP bracelet (yet). However, this does not make her record any less impressive, as she has scored a lot of big wins in several poker tournaments in her career.

She is also a TV personality when she is not at the poker table. She was on the broadcast team in season 9 of Heartland Poker Tour as a strategic commentator and co-host.

Ho has appeared in The Amazing Race and Deal or No Deal. And she has won “Broadcaster of the Year” at the Global Poker Awards in 2019 and 2012.

Coming in from England is Liv Boeree, who has managed to amass an impressive net worth of $3.8 from being a professional poker player. In the poker world, she is known as the “Iron Maiden” due to her love for heavy metal and the neo-Gothic culture.

Before we get to her achievements in poker, Boeree is pretty smart. She graduated from the University of Manchester with a First Class Honours degree in Physics with Astrophysics.

She is also a public speaker, television presenter and science educator. 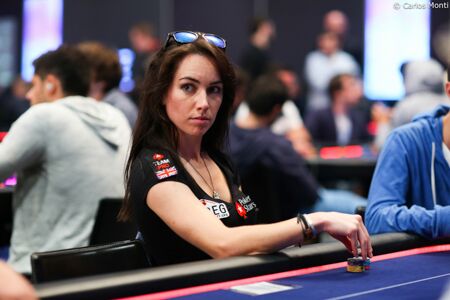 She began her poker career in 2005 when with a TV appearance on Ultimate poker Showdown as one of five contestants. There, she received coaching from the biggest poker players at the time, including Phil Hellmuth.

Now she is one of the most popular female poker players in the world. She has won the title of "Female Player of the Year" three times at the European Poker Awards. This was in 2014, 2015 and 2016, respectively.

Another live casino event that earned her further recognition as one of the top female poker players was winning the WSOP bracelet in 2017. She got it for winning Event #2, which is the “$10,000 Tag Team No Limit Hold'em Championship” and walked away with $273,964.

In 2016, Boeree became the manager of “The London Royals,” a team in the Global Poker League. She quit in 2019 and announced that she would be retiring from professional poker to explore other avenues in life.

She is still playing poker 2020 but in low-key events.