Learn How to Play 3 Card Poker

It's no easy task to design a table game that has what it takes to become a casino staple.

The game must be easy to play so players aren't intimidated or give up in frustration before they really get started. The layout must be clean with no confusing clutter. It must be easy to deal. The house edge must be high enough for the house to make a profit but low enough that players win sometimes and keep coming back for more.

Three Card Poker has what it takes.

2 Basics Bets to Play to Learn

There are two basic bets in Three Card Poker: ante-play and Pair Plus.

Ante-play involves beating the dealer, and it has a house edge of 3.4 percent of an ante or 2.01 percent of your total wagers once follow-up bets are taken into account. That gives players a fighting chance to win.

In Pair Plus, the dealer and doesn't matter. You win anytime your three cards include a pair or better. Several pay tables are available. On the most common version, the house edge is high at 7.28 percent, but one version as an edge of only 2.14 percent. That version is rare, but if you find it, it's more likely to be online than in a live casino.

Here's how it all works: 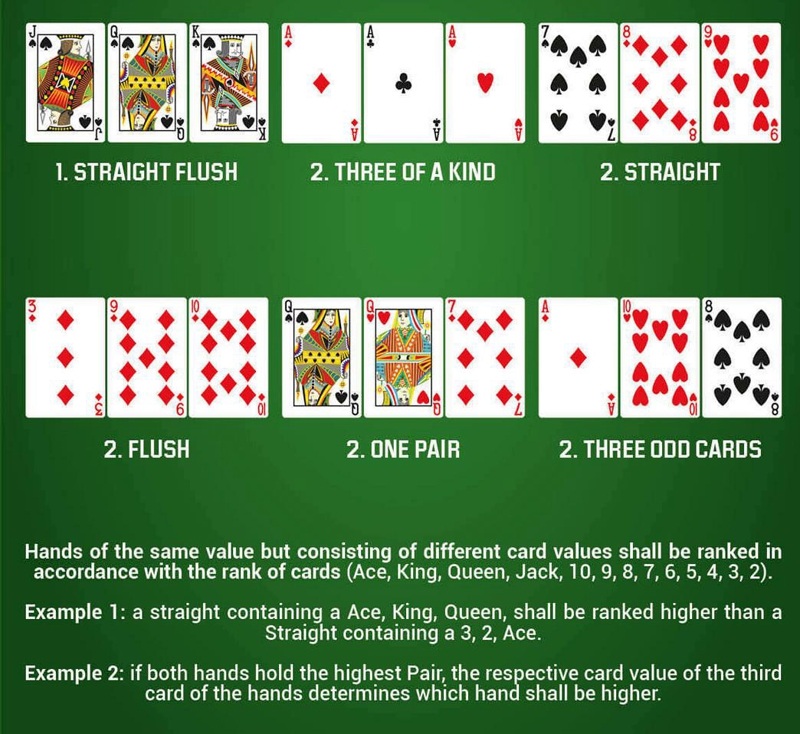 There's an additional difference. Ante-play includes an ante bonus if you hand is a straight or better. Your hand does not have to beat the dealer to collect this bonus. The most common, and best, version, pays:

Expert strategy for ante-play is easy. Make the play bet any time you have Queen-6-4 or better. Fold if you have lesser hands.

Data science, while proving to be generally reliable, can still get things very wrong. This means that for some bettors, what can appear to be a sure bet can actually lead to some costly surprises on the night. And equally, what may initially be a playful gamble in the first instance can become a lucrative payday.

The Pair Plus Bet

At the start of play, you can make a Pair Plus bet. It is not mandatory. You can play ante-play and Pair Plus, or you bet play either without worrying about the other.

If you play Pair Plus, you win any time your hand is a pair or better. The dealer hand does not factor into Pair Plus outcomes.

That's a little high for most players, especially when the ante-play option at the same table has a much lower edge.

However, there are several pay tables available to casino operators. The original version is the same as the common one with one exception: Flushes pay 4-1 instead of 3-1. With that small alteration, the house edge sinks to 2.14 percent and Pair Plus becomes a viable bet.

That version is rare in live casinos today. Players who do thorough searches might be able to find it online. If you want to play Pair Plus, the search is worth the effort.